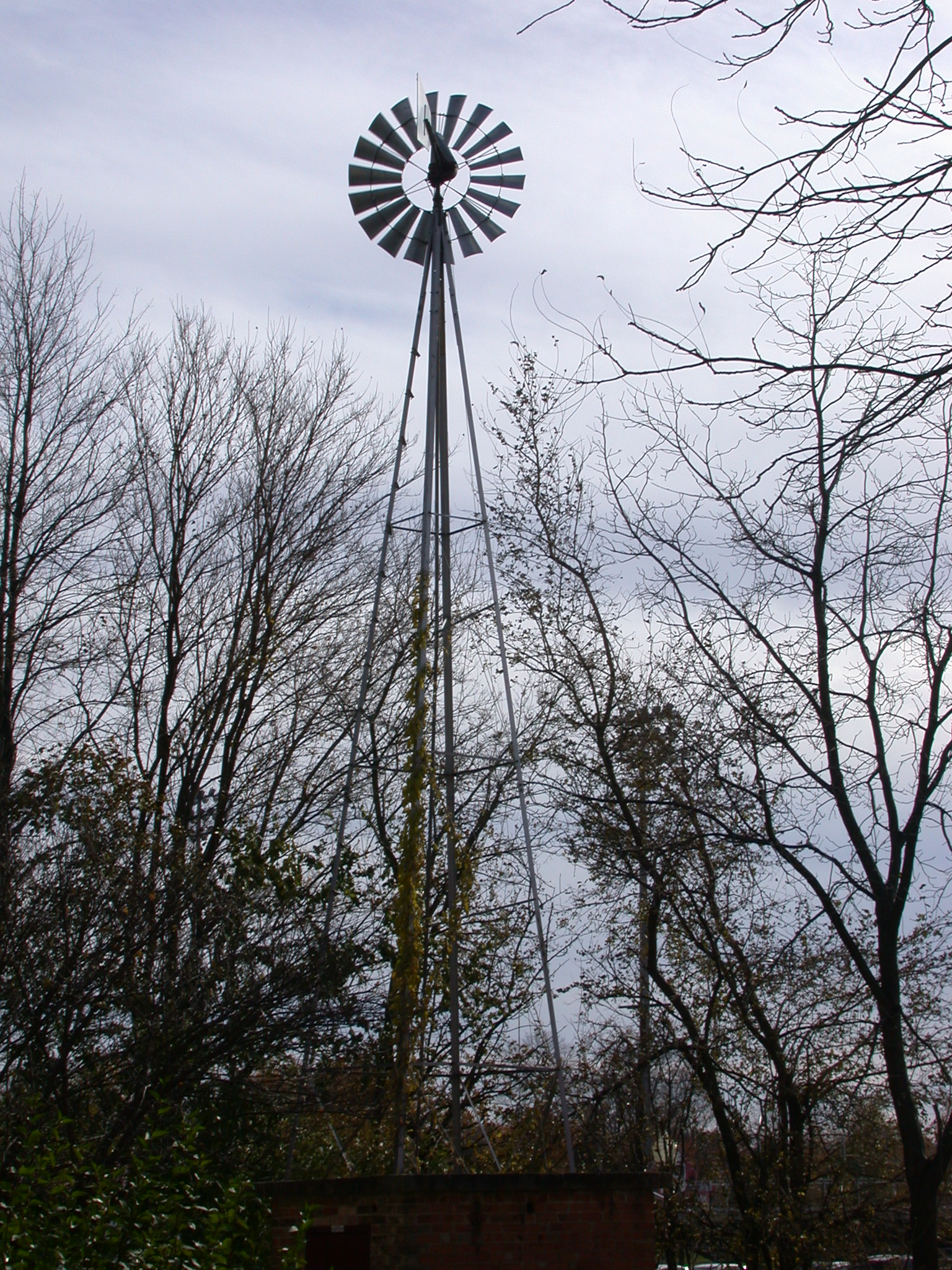 Pumping water by hand on a farm was tiring work. Windmills like this one saved labor by pumping underground water to the surface for irrigating crops and watering livestock. They also provided a reliable source of water for a farm family’s laundry and kitchen. A windmill pulls water from hundreds of feet below ground by converting the energy of the wind into rotational energy with its blades.

Windmills were a fixture of the landscape throughout rural America in the nineteenth century. These mills (also known as windpumps) had many blades and turned slowly in low winds. American farmers long preferred wooden windmills over metal ones. They believed metal machines broke too easily and were difficult to repair. Metal windmills like this one finally gained acceptance among farmers when manufacturers created metal wheels with curved blades that were lighter and more efficient than flat, wooden ones.

This 1900s windmill was used to pump water on the south Naperville farm of Oscar Strid. It was moved to Naper Settlement in 1981.